Many years ago, a group of members of the Invercargill Workingmen’s Club (also known as IWMC) wanted to do something for Hospice, an organization that many of our community have family frequent.  Their idea was novel; a spud competition, but not just any spud was to be grown.

A committee was formed (called the spudders), and the concept was simple, each year one person from the spudders would pick a variety of spud and no-one else knows the variety.  From 1st October (ish) these are made available for members to purchase and plant.  Rules on planting was made very simple; any isolate garden spot, drum, bucket that had no other plant variety about.  NO OTHER RULES!  Now you would think a garden is a garden and it is just a spud.  Oh NO!  It is rumored that one local member, who has won spud dig a “couple of times”, starts the process of fertilizing the soil, the day after spud dig is complete!  Preparing the ground, nurturing the ground, and getting it ready for the next spud to be planted.  That is commitment or should he be committed? ….that is yet to be determined.

On the first or second Sunday of March the annual Spud Dig day would start early where volunteers would be organised to go around and dig up the spuds.  The area has to be easily accessible; a digging implement has to be supplied, a beverage (or two) is compulsory for each digger, and food available was an option!  Each digging team has a designated driver and it was rumored on one particular year a team visited 8 houses and a beverage or three was consumed at each.

All Spuds when dug are brought back to the Club where the “spudders” would record the weight of each “shaw of Spuds” and the “heaviest Spud” of that shaw.  This was recorded and put onto the noticeboard for everyone to see.  There was always the competition for the heaviest shaw and potato but there was also the in-house competition between different friends, neighbors, and even the occasional couple have competed with a side wager.

Once all the weighing is done, everyone gets cleaned up and then there is the auction!  One of the jobs of the Spud Dig Committee was to seek sponsorship from local businesses, suppliers, contractors, for whatever could be auctioned off with the potatoes.  This has seen some wild auctioneering and many a laugh at what people have spent just to get their own spud!  A good day is had by all and the result is ALL money raised from the auction was to be given to Hospice.

Below is the money that has been raised since year 2000:

Since year 2000, $139,000 has been donated to Hospice from the IWMC, no one can remember the first year, nor is it clear what was fundraised in those early days but it is quite clear from the members; the day is not really about the potatoes, auction, or the memories that are made of that day; it is simply trying to raise as much money as possible for the worthy cause known as Hospice! 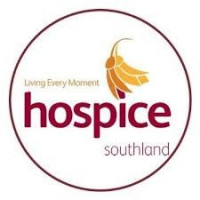