Last week the Clubs New Zealand 2020 Annual General Meeting was held digitally via Zoom.  This was a first for Clubs New Zealand and we would like to thank all the delegates that attended, participated and provided feedback.

Following the AGM a memo was sent to all clubs that confirmed the numbers in attendance, as well as the results of the voting throughout the AGM.  If your club did not receive a copy of this memo please contact National Office on 0800 4 CLUBS and we will resend this to you.

The Draft Minutes from the Annual General Meeting are now available to download from the members only area of the website.

A very important part of the AGM was the official ratification of the Election of Officers.  The nomination process was concluded way back in January where all officers returned unopposed, with the exception of the position of President.

Terry Ray was elected President unopposed and has had the longest transition into the position in Clubs New Zealand history.

We would like to thank Bryan Ferguson for his contribution as President over the last four years.  Bryan will continue to contribute to the club industry as Area Board Member for the Waikato - Thames Valley and King Country regions. 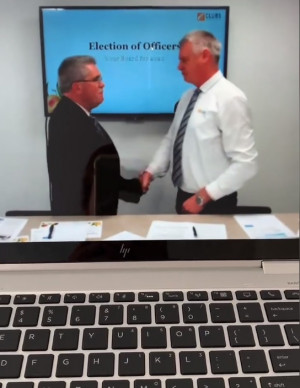