Upper Hutt Cossie Club staff recently donated $20 each to provide 100 free meals for the Club’s elderly members. From the Club’s over 70 years membership database 50 members were drawn randomly and were delivered two meals each in late July.

The generous gesture by the staff was in appreciation of the Club’s support of staff throughout the Covid lockdown with all staff receiving 100% of their wages and none being made redundant. Previously staff had donated goods to the local Foodbank.

The Club received amazing feedback from the lucky members drawn:

“What a big surprise I got this morning when you lovely people called to give me two roast meals. Thank you, thank you so very much. It’s the first time I’ve won anything from the Cossie Club.” - Jeannette Duffield.

“Just a big thanks to the Staff at the Cossie club for the roast meals I received yesterday. The donation was most unexpected but delicious.” - Grant Sinclair.

Pictured are some of the members who received the meals with the staff who delivered them. 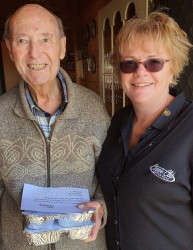 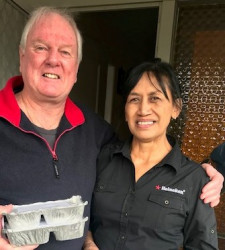 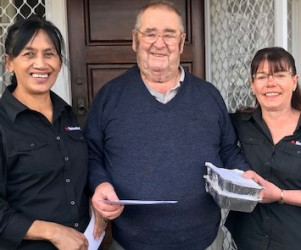